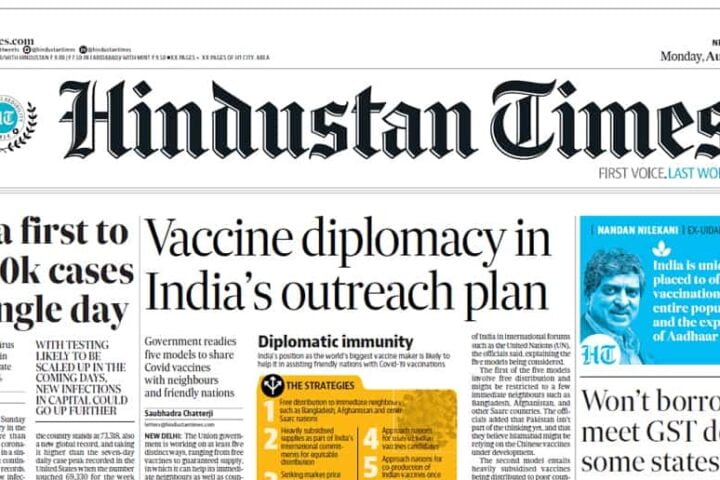 English learning is a goal for students today. The main challenge they encounter on this eager but occasionally taxing journey is vocabulary. English newspapers are an excellent resource for learning new words, as well as for enhancing grammar and comprehending complex sentence patterns. To help you get started improving your English straight away, here is a list of the top English-language newspapers in India.

300+
Students Enrolled
All Levels
Complete Course
Get Certificate
After Completion

Which is the Best English Newspaper in India

The Economic Times is India’s oldest English-language daily newspaper, the second oldest Indian daily newspaper still in circulation, having published its first edition in 1838. The Times of India is the oldest

English-language newspaper in the country, and the second-oldest Indian newspaper still in circulation, with its first interpretation announced in 1838.

A few years back, The Indian Express was in contention to take over as India’s top-rated daily, with the two dailies making competing claims to readers and circulation.

Unfortunately, Indian Express standing in the list of top English newspapers in India has been sliding in recent years.

The paper has fewer Bollywood and entertainment stories compared to The Times of India. Surprisingly, only one English-language publication —

The Times of India — is listed among India’s Top 20 broadsheet newspapers.

Due to the newspaper’s unique, mostly non-partisan journalism, The Telegraph ranks in the top 10 English publications in India.

The Telegraph is published by the ABP Group, with the paper competing with The Times of India.

This English-language newspaper provides various Sunday papers that are usually related to topics from careers, fashion design, and facial cosmetics, to treatments, and understanding of various relationships that serve various sectors of society.

The Statesman Newspaper is considered to be amongst the finest in India because of the style of its writing, ideal for serious readers who do not like wasting their time on irrelevant or fake materials.

According to the Indian Readership Survey (IRS) 2010, The Hindu is the third-most read English daily newspaper in India (after The Times of India and Hindustan Times (HT)) with 21.59 lakh readers.

Every media outlet and newspaper aspires to give you a thorough understanding of the news as well as a heads-up on what’s happening across the world.

The only way to make the English language simple is to practice it like any other skill. Pick one of the best English newspapers in India listed above, and you’ll notice improvements in your vocabulary and comprehension of grammar.

Want To Improve Your Spoken English?

Don’t worry even if you’re still confused. Your trial class is absolutely free and is more like a one-to-one discussion with your teacher to discuss your future and your career. You don’t have to pay a single penny for this. Click on the button below and book your free trial.

Talk to us on Whatsapp